While ministering at the OWC abortuary a couple Saturdays ago, we noticed a car pull into the driveway with what appeared to be a mom, and her daughter.

When they pulled into the parking space in the back of the building, they remained in their vehicle for about ten minutes talking.

Slowly, they opened the car doors, getting out, and beginning to walk up the driveway toward the front door. 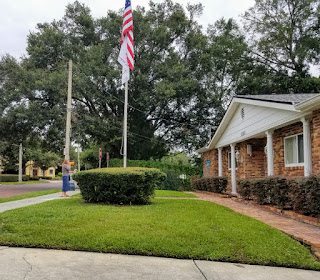 From the moment both women stepped out of the vehicle, they heard offers of help, and the truth of  abortion by sidewalk counselors.

The abortion bound daughter, who appeared to be pretty far along, was very cold and sarcastic, telling all of us that she was 'okay'.

We let her know that she was not okay going into a place like this that kills little baby boys and girls; and that her son or daughter’s life was in peril!

We pleaded with her to not go into that place of death, but she ignored our pleas of help, and dashed around the corner up to the front door.

The woman following behind her, confirmed to us that she was in fact her mother, and that her daughter had made up her mind, and there was nothing more she could do!

She was much softer than her daughter, but acting very much like a scared puppy dog following behind.

We encouraged her to go inside and rescue her grandchild, to please try again!!!

She went inside, with her head down, in absolute fear!

Shortly after this, the mother came out and we encouraged her to come down and please talk with us, pleading with her once again to try and get her daughter to come out, and to try to be a rescuer to her grandbaby.

She began to tell us that she has been trying all morning, but once again, telling us that her daughter has made up her mind.

We told her that if she has exhausted every effort to stop her daughter from doing this horrendous crime, that she must leave or the blood of her grandchild will be on her hands.

At this point she looked like she was in turmoil, taking out her cell phone, calling someone, and then having a very serious conversation.

She then walked down to us while talking on the phone, but telling the man (she had him on loud speaker), what we had told her, and then put the phone towards us, encouraging us to tell him what we told her.

To which, we seized the opportunity and told him everything we had encouraged her to do, and the seriousness of this situation.

We then asked her if she was a follower of Jesus, and she said yes, and we immediately told her that as a Christian she can not take part in this unfruitful deed of darkness, and this shedding of innocent blood....with the echos of the man on the phone saying, “Yes, yes, this is right!”

We gave scriptures to both of them, talking for quite some time, and then she thanked us and walked down the driveway, where Doug (another sidewalk counselor) was standing.

He then began to talk with her, and had a conversation with the man on the phone as well!

After this other encounter, with each one of us pleading for the life of her grandchild, and encouraging her to trust Jesus, and do what is right in the sight of the Lord, she went back to her car..

About ten minutes later, her daughter came out, walking toward the back.

Again we pleaded with her to leave, to be the mama who protects her child, and to let no harm come to her innocent baby, while she walked down the driveway toward the vehicle.
.
Her responses were the same as before, "I'm okay, I'm okay."

She stood outside the car talking with her mother for quite awhile, and then she stubbornly and briskly walked away from the car, heading back up the driveway into this place of death and destruction and went back inside.

The mother had exhausted every effort to try to save her grandchild....everything....but this time she had the courage to leave her, because she did not want the blood of her innocent grandbaby's blood on her hands, she now understood the severity of this situation! 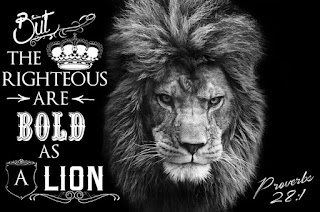 Adreene, one of the other sidewalk counselors had said to her earlier, "...the righteous are bold as a lion", (Proverbs 28:1b), because she was acting so timid, and frightened of her daughter.

The fear that she had of her daughter, transferred to the fear of God....and she left that place of death!!!!

Unfortunately, the daughter stayed, and unless there was a miracle that we aren't aware of, that precious little baby was dismembered, dying a very painful and barbaric death, and ended up in the Apopka dump like trash!

We are thankful though, that we had so much time to minister to the mother, and we thank God for the man who she was talking with.

Her faith was shaken, and she understood what fearing God means, and not fearing man.

She experienced being bold as a lion, as she tried several times to save her grandchild, but also understood and learned without a doubt, the severity of taking part in the execution of her grandchild, and the seriousness of innocent bloodshed.

All of our hearts weep for the little one that was valiantly fought for, and all the other close to 40 babies that lost their lives so tragically under the guise of choice this Saturday.

Can we weep for the children?
Posted by His servant for life at 10:46 AM