Is Pendergraft Above the Law?

For over 40 years we have been spoon fed the mantra of safe and legal abortions, that by some strange notion if abortion remains available with no criminal consequences, women will be safe.

What nonsense and what a lie that has permeated throughout our society for far too long. Decriminalizing abortion in 1973 never made the world a safer place for women, instead what has happened is the abortion industry has become a breeding ground for sexual predators, rapists, sex traffickers, pimps, incest and more.  Not only that, women continue to be maimed, butchered and killed by abortionists, but yet the mantra of "safe and legal abortions" continues.

The absolute hypocrisy is truly coming forth as those that have fought so hard to spout off their absolute concern for women are the very ones who are fighting tooth and nail to prevent abortion centers to be regulated the same as a surgi center.  Not only that, these same advocates of abortion who have waved coat hangars in our faces for 40 years yelling, "never again" are the same ones ranting how unconstitutional it is to force an abortionist to have hospital privileges.  Really?  You care so much about women, but you don't care if the abortionist has hospital privileges and you don't want the very place where abortions are performed to be regulated the same as other medical centers?  I do believe your true colors show you really don't care about women at all.

On a local level here, right in the heart of Mickey Mouse land, family vacations and fun in Central Florida, we have an abortionist that has successfully been able to shove his fist in the face of the law for years.  This abortionist has had his medical license revoked, not once, twice, three or four times, but yes, five times and not only that, it is suspended indefinitely!  Now, you would think that he would be shut down, but oh no, he is up and running his shady abortion business without consequence to any of his actions.

James Pendergraft, the man who was sued over $36 million dollars for a botched abortion is this abortionist! His Orlando Women's Center was raided by the Sheriff's Department and all assets were confiscated, but one month later Pendergraft brazenly borrowed furniture and office equipment and opened back up again.  He still has this huge lawsuit hanging over him and no medical license, but he remains open!

His main abortionist Randall Whitney has two pending lawsuits for perforating the uteruses of two women and he also assaulted a woman which led to his arrest and a judgement against him with other women accusing him of assaulting them as well; and he continues on as well into his 80's! 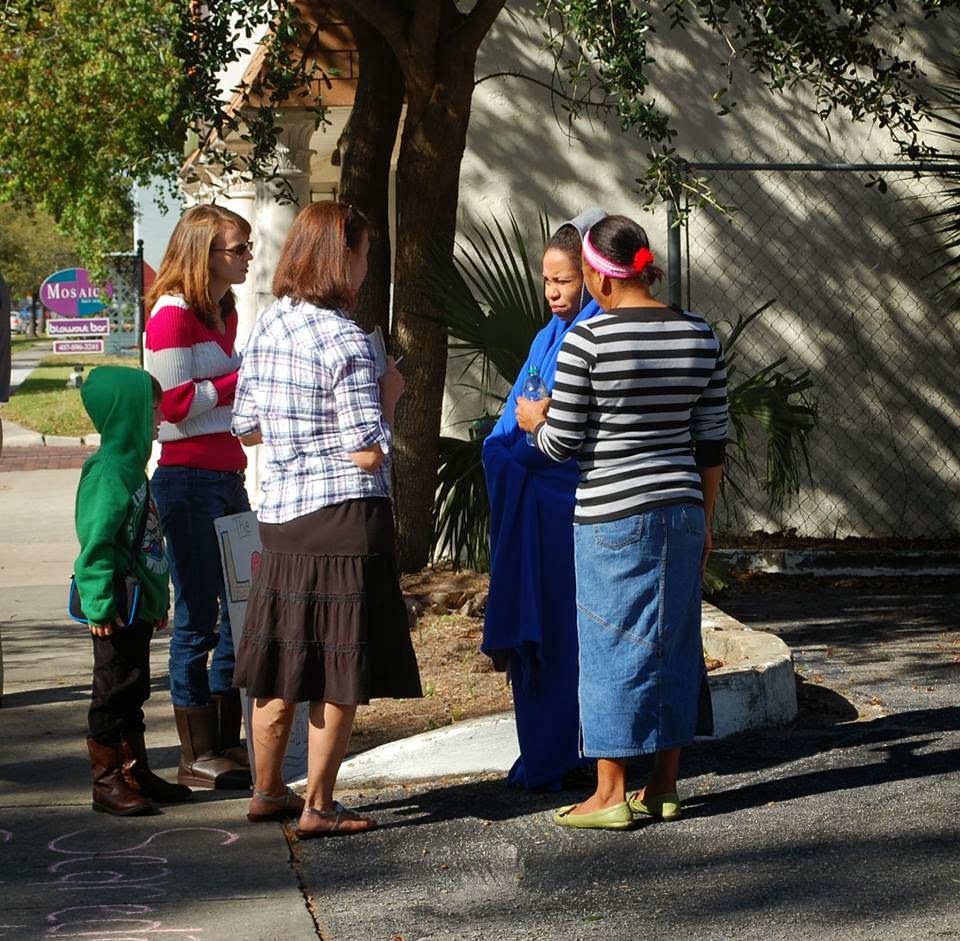 Just a few weeks ago, while out ministering at Pendergraft's EPOC abortion mill, we witnessed something that is one of the ugly faces of abortion;  a young woman walking continually in the parking lot wearing her pajamas and covered with a blanket.  She was in the second day of her late term abortion (she said she was 25 weeks along, one week past the legal limit in Florida) and was laboring, waiting for her baby who was said to have fetal abnormalities to be born dead.  The abortion began at Pendergraft's sister mill, Orlando Women's Center with sidewalk counselor & evangelist John Barros reaching out to her with the love of Christ and help the day before.  So here she was, the second day waiting, just waiting, walking, laboring.

The abortionist, the infamous Randall Whiteney, who came to EPOC for awhile this particular day, stayed a little bit, then left all the women there with no attending physician (I actually wouldn't consider him a physician by the way), to go kill more babies over at Orlando Women's Center.  He goes back and forth from each mill like a ping pong ball!

So I go back to the "safe and legal" abortions;  how can anyone call this safe?  Why has Pendergraft been allowed to remain open with NO medical license?  His slick and seedy dodging of the $36 million dollar lawsuit by trickery is commonly used and shared by hot shot drug dealers and other abortionists; this camaraderie in the cleverness and scheming of hiding money in and through different corporations, makes it easy for more botched abortions to occur at his back alley mill.

No, abortion is not safe, and will never be safe; it is not healthcare!  I for one, along with others are making it a point to expose what  Pendergraft is allowed to get away with here in the sunshine state.  We will not remain silent and we will work hard to warn women and others of Pendergraft's history.

We want answers from officials at the Florida Medical Board and the Department of Health on why they allow the seedy and dangerous practices of Pendergraft and Whitney to continue on their merry way botching abortions, performing late term abortions, and of course mercilessly butchering innocent little baby boys and girls.  Our question is, "Is Pendergraft above the law?"  We will raise our voices, and we won't be silent!
Posted by His servant for life at 2:51 PM